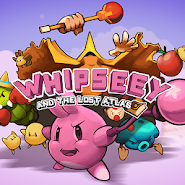 Whipseey is a colorful 2D platformer, made in beautiful pixel art, with a very nice soundtrack and dynamic levels.In the story teenager Alex found in the attic of a magic book, opening it, he found himself drawn into the fantastic world called Wishland, and the kid turned into a pink IELSUR. For this little geezer that owns a variety of whips, and you will be playing and look for the magical sphere in order to return to his own dimension.Jump over enemies and obstacles, use the whip to move as vines or helictite them by the enemy. When you destroy an enemy, it drops valuable loot, which you can later use. Enjoy the dynamic gameplay and beautiful Pixel Art combined with the sweet music now. 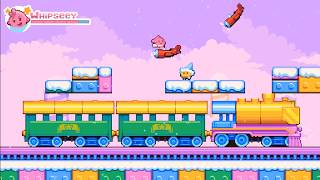 Comments to Whipseey on Android