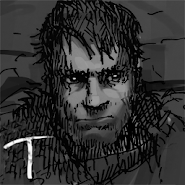 Fog - interactive game book the plot of which develops in postapokalipticheskomu world, a world in which everything is run by shamans, and underground caves are created by a mysterious creature. In turn, your character waking up under the walls of an abandoned city, realizes that he remembers nothing, only the vague feeling that someone is watching does not let go. The game perfectly conveys the atmosphere of what is happening, while your every step will affect the subsequent development of the plot, and the full support of the Russian language will allow you to master the gameplay.

Comments to Fog on Android