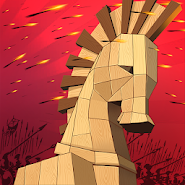 Trojan War – a fascinating game on Android, where you will participate in the Trojan war. In Greek mythology, the Trojan war began after Troy took Helen from her husband Menelaus king of Sparta. To bring back his beloved the king of Sparta, raised an army and went to war against Troy. Move through different territories and discover new types of troops, use coins to equip and artifacts from the gods to increase the power of his army. Develop your tactics of warfare of the balancer between the food and the training of troops, use of Trojan horses, spells and magic and destroy the enemy tower. 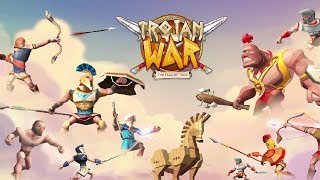 Comments to Trojan War on Android