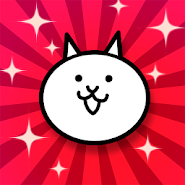 The Battle Cats is an arcade game combines elements of tower defense and action in the style of wall to wall. On game locations on different sides of the screen are the base rivals your task is to destroy your opponent's tower and not to seize her. In spite of such a warlike aspect of the game is made in a good-natured atmosphere, but complement her funny characters. Having collected an army of weird, but they are not less kittens go to the conquest, locations located around the world. Numerous upgrades and bonuses to help you and your charges to win such an important battle. The genius of The Battle Cats for Android in its simplicity, selecting one of the characters just tap the screen of your furry soldiers will do what is required of him. It is worth noting and well-designed social component allows you to play not only alone, but also with the participation of other gamers. Well, the main advantages of The Battle Cats can be attributed to its versatility, because game mechanics is that people of all ages will find something interesting.

Cache for The Battle Cats: download through the application

Similar on The Battle Cats

Comments to The Battle Cats on Android