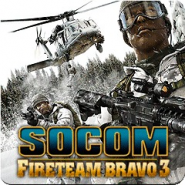 SOCOM U. S. Navy SEALs: Fireteam Bravo 3 – a fascinating shooter for PSP where you control a unit Fireteam who needs to perform the dangerous mission of finding weapons of mass destruction. Take control of a squad of four elite soldiers who had the dangerous mission of finding the whereabouts of weapons of mass destruction and the prosecution of former KGB agent Alexander Gozorov. Complete a dangerous mission from which depends the fate of the world and humanity. Test your fighting skills robots in the team playing as artificial intelligence and players from around the world. Explore snow-covered expanses of Russia and think carefully about their tactics for further action, while not endangering his teammates. 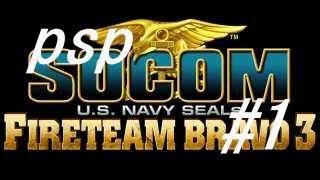