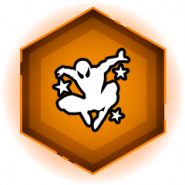 Spider-Man: Web of Shadows - mysterious creatures made their way into our world, with the help of which people began to turn into mutants, and the city gradually began to resemble huge ruins. Watch and participate in the fast-paced events of saving the city, where Peter Parker himself will fight against the evil Venom, the negative counterpart of the legendary Spider-Man. Chase terrible characters, boldly fly on a spider web through high skyscrapers, perform unusual tricks, carefully move around the city and finally defeat the villain.

Similar on Spider-Man: Web of Shadows

Comments to Spider-Man: Web of Shadows on PSP