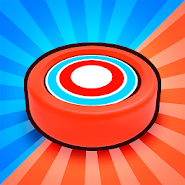 Sling Puck Challenge 3D is a casual arcade game for your smartphone where you have to fight with different opponents, as well as with artificial intelligence in a rather fun and dynamic battles.This game resembles hockey, which is so loved and love will chop and toddlers, and adults, but the washers now became more and new obstacles. Your main task is to drag all their shot with a rubber sling on the side of the enemy before he will. This could interfere with their opponent's pucks smashing into yours, as well as various obstacles, which vary depending on the level. Collect a variety of trophies to climb the ranking list and try to collect all the rarest of the washer. 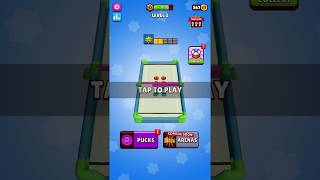