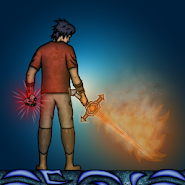 Runic Curse is an action game with RPG elements for Android in which you will explore the damn island. A group of travelers overtaken by a terrible storm, after which the game's protagonist, Adrian woke up on the island and must explore it to find out the fate of the crew of the ship on which he sailed. Moving around the island, you'll learn his secrets, and later you find out that the island is cursed "Rune Curse". Fight numerous enemies standing in your way, craft weapons and use more than 50 types of spells. Fight bosses and level up the skills of your hero. 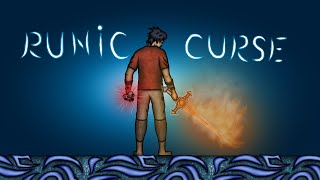