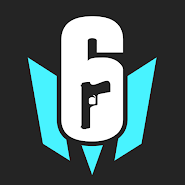 Rainbow Six Mobile - real destruction awaits you on special missions, where real battles between operatives and terrorists begin! Join one of the teams of 5 people and wait for the start of the battle to use common tactics to advance to the delivered bombs and completely neutralize them. Use not only the received weapons, but also additional items, such as light grenades, exploding grenades, and others. Visit several maps, quickly storm dangerous criminals and become the best operative among other contenders.