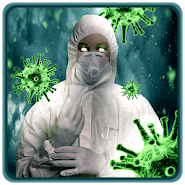 Pathogen XX - Viral Outbreak simulator on Android where you will be involved in the spread of a dangerous virus. The outbreak of a dangerous virus rasproschalsya across the planet and threatens to destroy the entire population of the globe. Your task will be to participate in its distribution, and to do everything possible to have it as many people as possible. Watch the virus and its mutation and attack all the vital organs, which will subsequently lead to his death. Influence the spread of the virus from your phone or tablet and capture the entire planet.