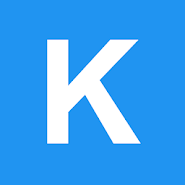 Kate Mobile Pro - One of the most popular VKontakte customers copes with its obligations: you can view news and comments on it, a list of friends, including online, messages, working with groups, photo, video and audio files, as well much more. Separately, we note the support for tablets, the ability to attach a soundtrack and birthday notifications to the message. Supported work with multiple accounts. There is also a news widget on your desktop. If you decide to download Kate Mobile on android, then you have made the right choice!

Kate Mobile is one of those applications that are in steady demand among users. Not least, due to the popularity of the social network Vkontakte, but the quality of the program itself and the presence of options not available in the official application played a special role in its popularity.

The interface is simple and modern. All information is divided into three tabs: Profile, News and Messages, the names of which speak for themselves. In the upper part, accessible from everywhere, there are buttons for searching and creating records. Here, under three dots, settings and less popular functions and sections are hidden.

The functionality of the application is not limited to watching news and creating posts. Here you can fully comment on posts, block objectionable users

The invisibility mode and the ability to listen to music, including offline, have also been preserved.

Customization is another reason why users love this particular client.

In general, Kate Mobile, of course, but the only, but certainly one of the best programs for working with Vkontakte content from a smartphone. Convenient, concise, but at the same time functional application is equally convenient for viewing existing and creating your own records. Separately, I want to note the abundance of settings

Comments to Kate Mobile on Android