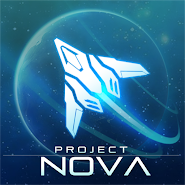 In 2064, a special organization called the "Guardians of NOVA" was finally created, in which they rapidly began to prepare for future resistance with the attack of the Empire, as had already happened to Earth in 2051. Having emigrated to space 13 years later, you have learned not only to survive anew in new conditions, but also gained access to completely different opportunities for the future advancement of humanity. Properly equip and protect your current home before something happens again that everyone is so afraid of.