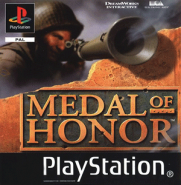 Medal of Honor - Play as Lieutenant James Patterson, who is a pilot of the Military Transport Corps. All the actions of the game unfold from June 6, 1944 to May 4, 1945, at the height of the war period. On the night of June 6, 1944, the legendary landing in Normandy was carried out, as a result of which a huge number of aircraft were damaged. The main character's plane was shot down, but he managed to survive, and now he is saving his comrades from enemies. After all the events, he was offered to join the Office of Strategic Services, and they give him an hour to think, because a plane to France is waiting for him. Watch what happens next.

Similar on Medal of Honor

Comments to Medal of Honor on PS