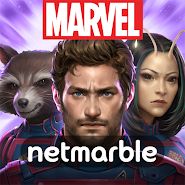 MARVEL tales – in the light of the unprecedented interest in the topic of superheroes Android developers games again and again return to the marvel universe. And the output of the new Avengers probably only pushed developers to create new action games in the universe MARVEL, and decided to go further and to combine in one project almost all the famous superheroes.

And so the story MARVEL Future Fight on the Android starts to develop after Nick fury sends the disturbing message from the future about what the universe is threatened with destruction and you need gathering a team to prepare for the final battle. In the new part of the project, the developers have added some nice Goodies to play each level, you have not one, but three heroes. Despite the fact that MARVEL tales claimed as the RPG elements of this genre are certainly present in the form of leveling characters and gear, but the gameplay is still the real action. 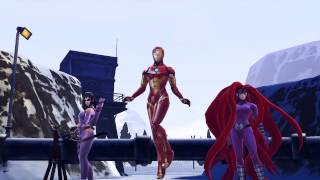 2.12.2020 These villains will be our greatest protectors.
It's time for the Dark Avengers to assemble!

1. New Epic Quest!
- Start the Epic Quest and get Tier-3 Sentry!
- Enjoy the quests and reveal the story
of Norman Osborn's Dark Avengers!

Comments to MARVEL tales on Android