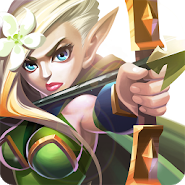 Magic Rush: Heroes – a game in which you have to build your League of heroes and send all its power on enemies. This game combines elements of RPG with tower defence and strategy. Gather your invincible team with different characters, take part in epic battles in PvP arena, or completing various quests in a single company. In this game you will be a huge map with a variety of resources and numerous kingdoms that you have to protect. Build towers and protect them from enemies, checking on the strength and abilities of his characters, bringing them to perfection. Each character in this game has its own unique set of spells, developing your strategy, you'll easily defeat the enemies. Challenge other players and prove you're the best in this game. 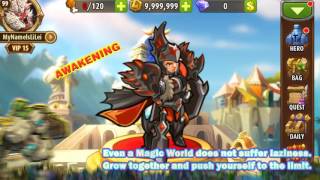