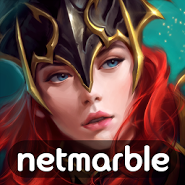 KON – shooter for Android with elements of RPG MMO from Korean developer Netmarble. In this game your main task is to travel the world and kill the monsters standing in your way. Choose your character from four in the game, each of which has its own class. The killer – whom you can meet in World Of Warcraft and who owns abilities to fight with opponent using your dual swords and double-sided dagger. The second class of knight is a lovely girl who is driven with a two-handed sword. The third character is a mage who is able to use different attacks in melee and ranged combat. The fourth hero – Paladiy expertly managing a two-handed Mace and having the ability to treat the whole team. Select a character and invoke the aid of assistants, who will help you pass certain points in the game.

Comments to KON on Android