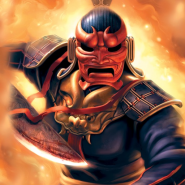 Jade Empire - To school of martial arts is a tranquil peace. But sinister events marked the beginning of the story, filled with adventure and fighting. In your journey through the game world you will meet characters and companions who will bring to the game a touch of Comedy, flirting and rivalry. You will uncover the dark secrets of the jade Empire, but before battle with bloodthirsty bandits, terrifying demons and evil mages who guard them. Throughout the game enjoy the enchanting views of the vast expanses of mountain peaks and dense forests.