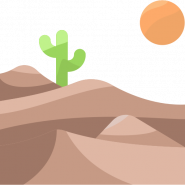 ICO is a three-dimensional platform game in the genre of action adventure. The plot is unusual. A boy with horns was born in the village, for residents this anomaly is considered a bad sign, and in order to avoid the consequences, the boy is locked in a castle. But a matter of chance intervenes: an earthquake occurs, which allows the boy to free himself. His name is Iko, and he is the main character of the game, which you have to manage. In the process of studying the environment, Iko discovers another prisoner, the daughter of the castle queen, after freeing whom Iko undertakes to bring out of the castle in one piece. The game is full of riddles and puzzles, your companion will be constantly trying to kill the queen's henchmen, the so-called shadows.

Comments to ICO on PS