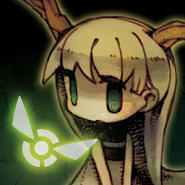 In htoL#NiQ: The Firefly Diary puts you the role of a little girl named Mion. Once you Wake up in a strange dungeon full of junk, where they meet a bright Firefly that lures the heroine for themselves. You will be the most Mion, but only to indicate her direction of motion with the help of the fireflies, for which the girl follows. Use the power of two fireflies, to switch between worlds of light and shadow and withdraw Mion from the ruins. Be careful: among the ruins are traps that can harm Mine, various gizmos and unidentifiable monsters.

Cache for htoL#NiQ: The Firefly Diary: unzip the folder to /Android/obb/
- path will look like this: /Android/obb/com.hotlNiQ/
- install apk, launch the game!

Similar on htoL#NiQ: The Firefly Diary

Comments to htoL#NiQ: The Firefly Diary on Android