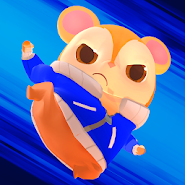 Hamsterdam is an exciting game for IOS where you control a brave hamster PIMM's which is a martial arts master. In this game the small town of Amsterdam captured a gang of evil chinchilla Marlo and made a mess. Help the hamster PIMM's defeat all the bandits and get to their leader to liberate the city from the bandits and save his grandfather. Move in numerous locations of the game and shaking his fists dealing heavy blows to the enemy while pumping your skills. Perform combo attacks, and become the greatest master of the Hom-fu. Defeat all powerful bosses and upgrade the skills of your hero. 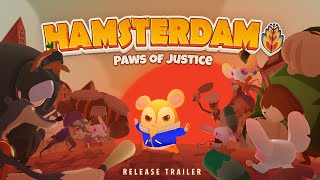 Comments to Hamsterdam on iOS