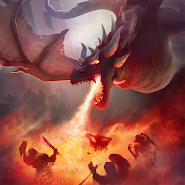 a Game of Lords: Medieval and dragons - the peaceful life in the North valley ended when a power-mad tyrant Vargo meanly attacked the king's lands. Leading an army of liberation along with General Gilbert, you have to strike back and win in the battle for the throne. But the siege of the land does not stop, tower defense and castle destroyed. Restore and improve the facilities and return the occupied territories to the Kingdom. To win, we fight battles with the power of magic and dragons.

- various missions: night siege, the battle dragons and the people who battle the winter and hike over the Wall

- use in combat the terrain, cunning and tactics will decide the outcome of the match

Similar on Game of Lords: Middle Ages and Dragons

Comments to Game of Lords: Middle Ages and Dragons on Android