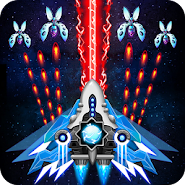 today, the series is a space scrolling shooter called Galaxy Attack has about a dozen games and this is not surprising because this genre is considered a classic in the arcades.
All games in the series have a common plot, your galaxy is attacked by alien invaders, the insidious aliens have destroyed almost the entire space fleet and now, only a few surviving pilots are able to repel the attacker and you are one of them. Get behind the wheel of combat spaceship and go to the protection of native boundaries.
As already mentioned game mechanics Galaxy Attack: Space Shooter done in a classic style, the graphic part is also designed in the setting of those vertical shooters. 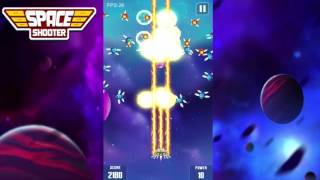