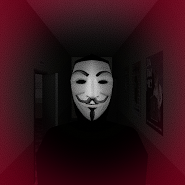 Five Nights At Snusoed's - On one of the nights of work inside the Bebra store, you discovered that something rather strange was going on. As it turned out later, a cruel Snusoed who began to hunt for you invisibly enters the building. Spend 5 busy nights and carefully monitor everything that is happening in the store, not allowing a real monster to come to you. All you have is CCTV cameras of all rooms, as well as a door with a lock. Quickly prevent hacker attacks on the store, close the doors before something enters, and completely immerse yourself in the frightening atmosphere.

Similar on Five Nights At Snusoed's

Comments to Five Nights At Snusoed's on Android