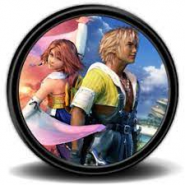 Final Fantasy X is a Japanese single-player role-playing game from 2001, is the tenth part of the Final Fantasy line of games. You have to control the main character of Tudus in the third person, who moves through a fictional world called Spira. On the way, I will come across hordes of enemies, which will be overcome by a team of seven heroes, each of whom has unique skills and the nature of behavior in the arena. Only three characters can participate in the battle, which gives a rich choice of the tactical scenario of the battle. Fight, develop characters and help Tudus and his team clear Spira of monsters.

Comments to FINAL FANTASY 10 on PS