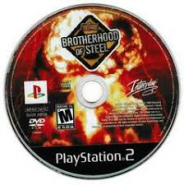 Fallout: Brotherhood of Steel RPG with action elements. There was a nuclear war in the world, a war after which there were no winners, governments fell, once prosperous villages turned into wastelands. Chaos and lawlessness are happening in the world, radiation has led to the appearance of mutants and other all possible creatures. But people continue to fight for their future, and the Brotherhood of Steel has become one of such entities, and you are one of the members of this organization. You have to do the impossible – save the planet. You have to complete missions in which you will meet all the diversity of the new world, from humans and robots to monsters and mutants.

Comments to Fallout Tactics: Brotherhood of Steel on PS