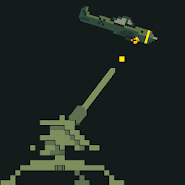 Endless AA (Anti Aircraft) – arcade retro shooter for Android where you will protect the radar from attack. In this game you are transported during the Second world war where you have to protect from enemy attack the radar station which had played a significant role in the victory of Britain over fascism. Take control of anti-aircraft guns and shoot down the bombs and planes of the Nazis. Game players will appreciate the dynamic battles, precise controls and pixel graphics. Defend the station and don't let the enemy win. 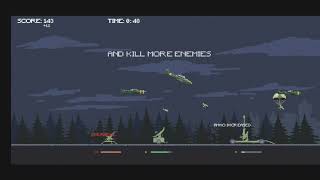