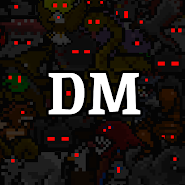 Dungeon Masters is a new strategy role-playing game where you have to deal alone with all the monsters and defeat them. In the beginning you choose who you become: a common thief, a brave warrior or a mysterious magician. The role depends on your skills and attacks. To change the role when you want. Upgrade each character through points earned after successful matches. Fight with other players, change your appearance, kraftte, collect all the tools and become a leader in this exciting game.

Comments to Dungeon Masters on Android