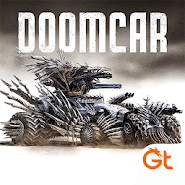 DoomCar: Machines of death - the events unfolding in a post-apocalyptic world. In the near future after a sudden attack by unknown huge spaceships on the planet Earth, a large part of the world we are in ruins. Deadly levels of radiation on the planet turns the lives of those who survived after the attack, in an even tougher struggle for survival. Besides the powerful electromagnetic wave in the atmosphere create a strong interference with electronics and so the only kind of technology in the battle for scarce resources are armored fighting vehicles. Take a seat behind the wheel of one of them and win in a deadly war for survival! 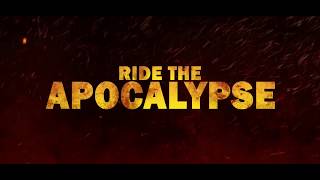 Cache for DoomCar: Машины смерти: unzip the folder to /Android/obb/
- path will look like this: /Android/obb/com.gtarcade.dc/
- install apk, launch the game!

Cache for DoomCar: Машины смерти: unzip the folder to /Android/obb/
- path will look like this: /Android/obb/com.gtarcade.dc/
- install apk, launch the game!

Comments to DoomCar on Android