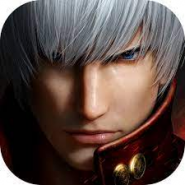 Devil May Cry is a gothic game in the genre of action, hack and slash. This is one of the six episodes of the legendary franchise of the same name, which tells about the adventures of the demon knight Dante, who opposes all the forces of Hell. The plot is riddled with themes of demons and religion. The game intertwines the modes of a dynamic third-person action movie, which is saturated with hand-to-hand and armed combat, an endless supply of ammunition and hordes of demons, and puzzle elements that will reveal the history of the conflict. A variety of combat combinations from alternating spells, shooting and fencing brings a special flavor to this game.

Similar on Devil May Cry

Comments to Devil May Cry on PS