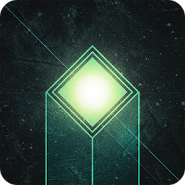 Data Defense - tactical strategy of tower defense, with a rather unusual storyline. All game events unfolding in the virtual world, in one of the super computers. One of the servers data center was attacked by hackers, which threaten the complete shutdown of the system and the proliferation of various bugs and errors. You will also play the role of technical specialist, which means sketchy icons have to stop the virus. In the rest of the Data Defense is a classic defender, put the elements of protection, preventing the advance of the enemy units to the database.
it is also worth noting and original graphics are done in a minimalist style with neon animation that perfectly conveys the whole atmosphere of the game.

Comments to Data Defense on Android