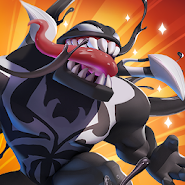 lash of Kingdoms: Heroes War global war game MMORTS that combines the protection of a castle tower, a hero card, a war of kingdoms. In this chaotic world of science fiction, as commander, the player must build a base to withstand the attacks of zombies and enemy attacks as well as recruit heroes for the formation of teams and work with allies to create the strongest Empire. Summon legendary heroes, form your team, awaken the divine skills to repel the attacks of ruthless zombies.

Cache for Clash of Kingdoms: Heroes War: download through the application

Comments to Clash of Kingdoms: Heroes War on Android