Card Thief - an original combination of two seemingly completely different genres, table games and stealth arcade. And so, in a Card Thief, you play the role of a thief living in the dark ages, it is not difficult to guess, you have to make a daring theft, while trying not to get caught. While the game mechanics are presented in a card table game, but rules like the cards themselves are not quite typical for the genre, this approach allowed developers to create a completely new game.
Visual Card Thief made in the appropriate style, which perfectly captures the overall atmosphere of the game. 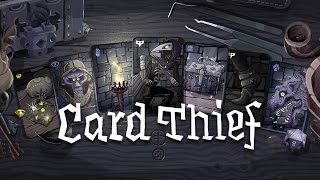 Comments to Card Thief on Android