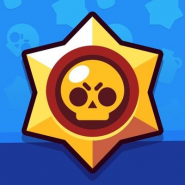 Brawl Stars is a great game from the creators of Clash of Clans and Clash Royale. The essence of the game is that the playing field will be battling two teams, each team consists of three players from around the world. The game has multiple classes like: Archer, tank and even sickly. Your task is to collect crystals that periodically appear in the center of the map. A fight you can win only when your team will have more crystals than your opponents. But be careful, all the crystals that have been collected you can drop out after your death..

Comments to Brawl Stars on iOS