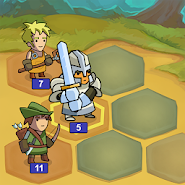 Braveland Heroes - turn-based online strategy game which the unfolding events in some kind of fantasy world. According to the story, a dark force has stolen the symbol of power, the scepter of the Seven kingdoms, and now in order to restore peace and harmony in the Kingdom needs to return the relic back. The gameplay is a turn-based tactical combat series from wall to wall. The General atmosphere made in a fantasy style, as a result you'll fight goblins, orcs and other fantastic creatures. 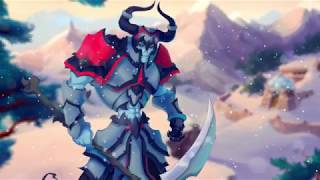 9.08.2021 - 2x2 in-clan exhibition matches have been added
- New Special Creatures have been added: Bosun and Jarl
- You can now buy crystals and give them to your clanmates. Use crystals to encourage the best players in your clan
- You now have the option to apply a leadership handicap in exhibition matches — spell power is reduced to the level of the player with the lowest leadership
- Vibration when auto-battle ends has been added
- Other changes
Files:

Comments to Braveland Heroes on Android