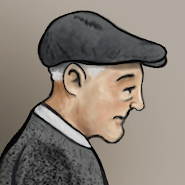 Brave people - Survival during the Second World War was very difficult, especially when the fighters were constantly in combat zones and hoped that this whole nightmare would end soon. You will move to 1944, when the battles were fought in Normandy, but the war only escalated with the arrival of new German troops. During the development of the plot, you will be able to delve into the story of two resistance fighters, for whom realistic puzzles have become the next stage in the test of fate. Use the hidden hints and complete the mission.