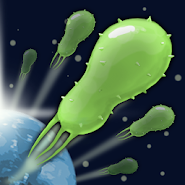 Bacterial Takeover - Idle Clicker – a fascinating simulator for Android where you will play the role of the main villain. Your task is to plan and carry out an insidious plan to capture the entire universe with biological weapons. Your task will be to push as often as possible on the screen of your phone or tablet and create an entire army of bacteria, to discover new types of microorganisms and increase their number until their number reaches the mark to capture the entire planet. Watch how bacteria evolyutsioniruet and consider the fact that bacteria are the sole causative agent of the deadly epidemics that will fall in your favor. 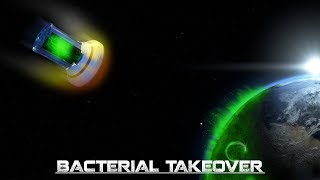