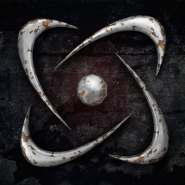 ATOM RPG - In the course of a nuclear exchange in 1986, the Soviet Union and the Western unit is almost destroyed. You become one of the survivors of the Apocalypse. Create a unique character and embark on a study of the brutal and mysterious world of the Soviet Wastelands. You will learn that can threaten life on Earth even more than nuclear war?

Comments to ATOM RPG on iOS