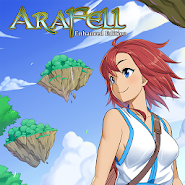 Ara Fell: Enhanced Edition - 16-bit role-playing game for Android, combining the best that can offer Western and Japanese style of creating role-playing games, and also adds to the genre elements of visual novels. This edition includes a redesigned combat system, new classes and skills, more quests, interface and system for creating objects. Were also redesigned the mechanics of the enchantment, and added new levels of complexity and AutoSave. The world of Ara Fell created to have explored it! Jump, crawl, swim and even fly through the air to solve puzzles and open new locations, filled with hidden treasures, secrets and adventures! Every corner of the world of Ara Fell created with the idea that you will explore the length and breadth 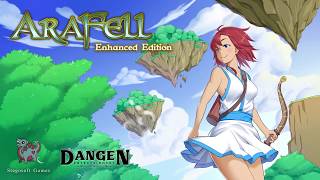 25.04.2020 -Removed the erroneous video settings.
-Pixel perfect is now disabled by default.
-Added instructions to the first-time-user screen, removed all of the settings options except for Language, and added a note about being able to configure the controls in the Settings menu
-Touchscreen controls are now visible by default
-Pressing a button on a gamepad no longer makes the touchscreen buttons appear
-The game now supports both landscape left and landscape right screen orientation

Cache for Ara Fell: Enhanced Edition: unzip the folder to /Android/obb/
- path will look like this: /Android/obb/com.dangenentertainment.arafellenhancededition/
- install apk, launch the game!

Cache for Ara Fell: Enhanced Edition: unzip the folder to /Android/obb/
- path will look like this: /Android/obb/com.dangenentertainment.arafellenhancededition/
- install apk, launch the game!