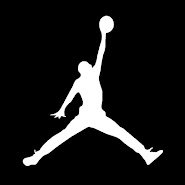 & lt;p & gt;Air Jordan is an American sub-brand of basketball sportswear, sportswear, casual and stylish clothing by Nike. The Air Jordan company, based in Chicago, was created by former basketball player Michael Jordan, who played for the "Chicago Bulls" team, which was included in the Hall of Fame. The original Air Jordan sneakers were made exclusively for Michael Jordan in late 1984 and early 1985.  The shoes were designed by Peter Moore, Tinker Hatfield and Bruce Kilgore for Nike. I think the application will be useful for all fans of the brand.

Comments to AIR JORDAN on Android