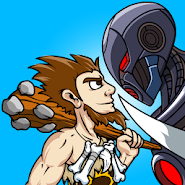 Age of War 2 - popular strategy game with elements of tower defense and battles from the wall to wall. The recognition of the players the game was due to the development system, you start playing in the prehistoric period and as a consequence includes Neanderthals and combat units in the form of a huge dinosaur, but as you development you will be able to significantly expand its capacity up to equipment during the Second world war.
Age of War 2 - sequel to the game which received the updated graphics, new units, system improvements, and a number of innovations, but the developers have tried to keep all the best moments of the first part. 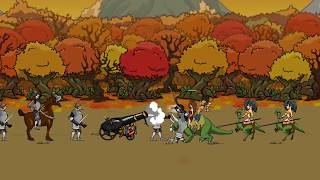 Similar on Age of War 2

Comments to Age of War 2 on Android