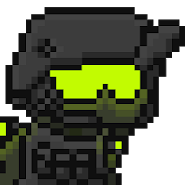 Achernar - cyberpunk tactical online shooter on Android. You are in the world of the future. But it turns out that there is not so good. States are beginning the colonization of a variety of distant planets, and are already starting the battle, all want to grab yourself more of the new earth, all interested in this. Although not all with the same goal. Play with friends in PVP mode and PVE, do quests, upgrade characters, play without Internet in offline mode.

2.02.2021 ◦ Everything in the game is improved, but this is still the first update, then the game will be actively updated and will be completed with global updates in the future.
◦ This is still like early access to the full global update of the game.
Files: