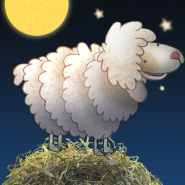 good night! - Apple is currently the most popular app with fairy tales - it was downloaded over three million times. The game is intended for children from 0 to 4 years. Kids have to help the tired farm animals to go to sleep. You need to put them to sleep, turn off the lights and tell them a fascinating story for the night. The game features 13 beautifully animated animals including: Dog, Duck, Cow, Fish, Chicken, Pony, etc. the character Design was developed by the nominee on the award "Oscar" - a famous artist Heidi Wittlinger. You can switch between winter and summer version of the game, and listen to tales not only in Russian but also in English, German, Spanish, French and several others.

Comments to Good night! on iOS