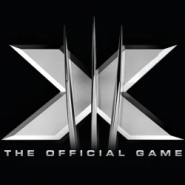 X-MEN - THE OFFICIAL GAME - Complete all 28 missions that are based on the second and third parts of the trilogy! Millennia have passed since humanity filled the planet, but suddenly new human species, mutants with superpowers, began to emerge on planet Earth. Their body has incredible strength, their movements are very fast, and the power is noticeable only in battles. It became known that not all varieties can control the acquired abilities, or use them in the right way, so there is a chance that the planet is in danger.

Similar on X-MEN - THE OFFICIAL GAME

Comments to X-MEN - THE OFFICIAL GAME on PS