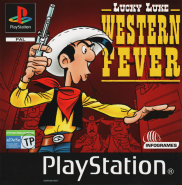 In the Wild West, there are no such laws that would restrict some of the local residents, even if they must be strictly observed. Lucky Luke is the sheriff in this territory, but since no one listens to him at all, he begins to use non-standard methods. Pick up hats, four-leaf clover, door keys, explosives and use them to neutralize bandits in hotels. Those same bandits captured innocent locals and now the sheriff is obliged to release the hostages before anything happens.