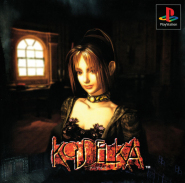 Koudelka - once otherworldly forces completely took over the convent, as a result of which there is a terrible situation and negative energy inside it. Medium Koudelka and his friends decided to go to the building itself to solve ancient mysteries, but the magical forces have not yet left this place and now a real hunt will be announced for the main characters. Everything that happens directly depends on the path you have traveled and the actions you have taken, so think about each of your choices and fight for the life of each character to the end.

Comments to Koudelka on PS