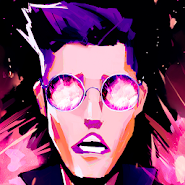 In the "awesome" game Hassle of 1977: a 3D Multiplayer Open World Battles the main character will participate in rampant street races, deathmatches and survival among the rebels. Open, detailed world with a huge number of unique buildings and objects made in the style of a certain cyberbank with Soviet bias.