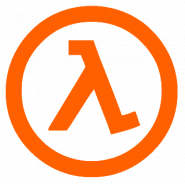 After the incidents at Black Mesa, it took 13 months and research center was closed. Residents never learned anything about those experiments. However, the government founded a new organization dedicated to "issues related to aliens". They hired the best scientists, technicians and military forces worldwide, and called the place Poke646. You play the role of Damien Reeves, the technical assistant of Dr. fuller, and you are not aware of everything that happens. All you now worried that what happened to the car keys when suddenly something hit you on the head and you lost condition. When you Wake up a few hours later, you quickly realize that there are some very strange things.

Comments to Half-Life: Poke646 on Android