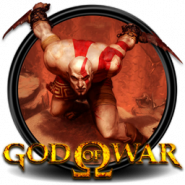 God of War is an action-adventure (hack and slash) game. The plot of the game immerses us in Ancient Greece and introduces us to mythology, to the pantheon of gods who decided the fate of people. Ares, the god of war, decided to destroy the great Athena and the guardian Athena-Pallas, the daughter of the great Zeus, following the father's prohibition – the gods are forbidden to fight with each other, unable to stop Ares. And only Krotos, the son of Sparta, a former military commander, was destined by fate to save the world of people from the evil Ares. You have to play for Krotos. During the journey, you will meet with all the diversity of the Greek world, learn dozens of magic spells, at critical moments you will be able to resort to the help of Zeus himself and be able to turn your enemies into stone with the help of the head of Medusa.

Similar on God of War

Comments to God of War on PS