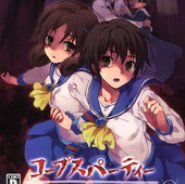 Corpse Party: Blood Covered-Repeated Fear – a game for PSP where you will unravel the mystery of elementary schools Tenjin. In this game there are many heroes choose one of the characters such as: Mochida Satoshi, Mochida Yuka, Shinozaki Ayumi, Naomi Nakashima, Shinohara Seiko, Kaminuma Amici, Morishige of Sakutaro, the Schischido Yu and start playing. In this game your main task will be to reunite all the characters in the game, to interact with various objects, to communicate with players and reading various documents. In the game on each of the characters can attack dangerous spirits from which you will only be able to escape. The events in this game will be developed with unprecedented speed, and are directly dependent on the actions of the players. Think over every step and make appropriate decisions.