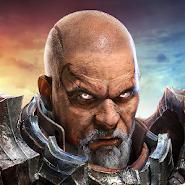 AxE: Alliance vs Empire – original MMORPG on Android, which takes place in an open fantasy world. Take part in the Grand war between Durcansky Empire and Alliance Galanos - two powerful factions fighting for the right to determine the fate of the world. Immerse yourself in a fantasy world, and fight over a rare and powerful relics that can give power over the universe. Explore 22 unique areas from the desert plains camp by the lake to the secret temples of the island of Venion. Choose from six customizable character classes of the two factions, customize it to defeat opponents in your style.lt;/p>

Similar on AxE: Alliance vs Empire

Comments to AxE: Alliance vs Empire on Android